We have to change our mindset about the nature of the fertility of our topsoil. We are lavished with the idea that the land can only be fruitful if we add enough fertilizer to it. But this is a dangerous myth. Meanwhile it has become clear that we have been brackishing our lands.

It has been a slow but devastating process, in which we have shut down the activity of the soil, by adding more and more fertilizers to the topsoil. This is because we assume that this is the way to get a good crop production.

However, it is the biological activity in the soil, which has to do this work. This is where the plant food is created, customized and in the right conditions. An activity that we can only recover by means of the alive and active microbes in composted organic matter. This is the only activity that will convert all the minerals present in the soil into plant nutrition. And there are more minerals in the ground, then we might think to find at first sight.

Many minerals are laid down in the rock dust, that is soil. Originally soil is weathered stone. Sand, clay and silt (Dr. Elaine Ingham sais). Each soil is a fertilizing application in itself. Basically it contains all the required minerals for the growth of plants. But because these minerals have been laid down for the most part, we have not been able to measure all of them. And what we do not see ... apparently is not there ...

The only thing we have to do is to bring this soil into contact with active compost, well digested and full of microbial life. The combination of these two makes the minerals present convert into plant food. This also means that the more active the soil is, the better it will thrive a crop. Plants will not only take, but also bring. In the root exudation (rhizosphere) of the plant roots this miracle develops. The plant roots emit substances, which decompose a variety of minerals in the soil. They do this, together with the bacteria in the compost (and also in the soil).
The roots find their way in search of food. They take the food and therefore make the soil more accessible than ever before, so that even more useful food can be released. Plants and bacteria both benefit from it. This develops a fertile soil. This we call organic cultivation...

Yet we belong to the generation that has been spit upon and scolded by people who asumed that organic farming was something for believers without any sense of reality. 'We would not have understood how much energy it takes to produce a good crop'. The only real and plausible solution was made up of artificial fertilizer. Now, however, we have seen what this fertilizer has brought us. It has brought us a bubble. It has brought us an economy that produces crops without content. It looks nice but it barely bears some nutritional value. And sometimes it is downright poisoned by pesticides. It has also brought us genetiche manipulation. And this cancer still will fester some more.

We, old people of today, have now been proven right, unfortunately. It is as true as we had thought it would be. Wich is a pity. It now is up to the 'young people of today' to be wise and give organic cultivation hands and feet. Jean Martin Ferrier shares his experiences, Dr. Elaine Ingham shares her studies. Fortunately. We share our findings with the composting of grasses, because we want you to know how to make a good fertile soil with grass compost. 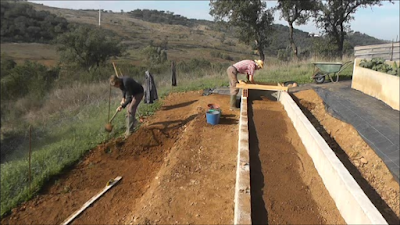 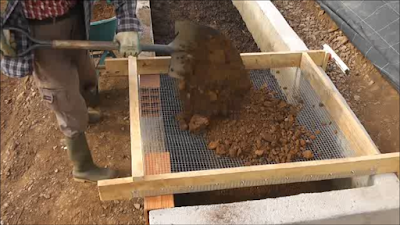 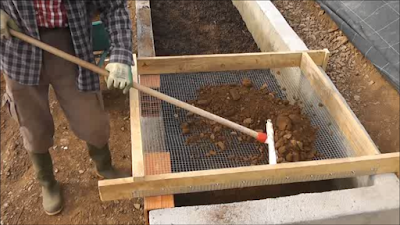 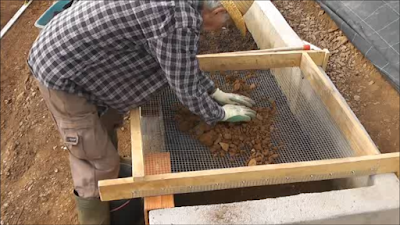 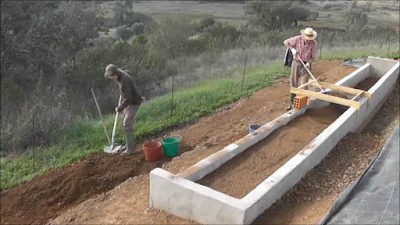 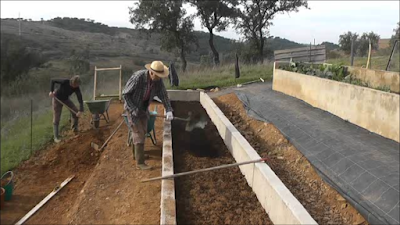 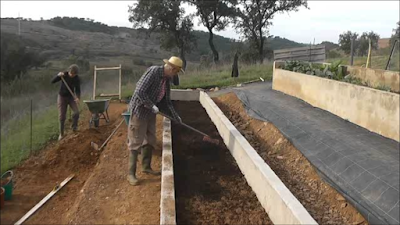 
Meanwhile we are happily dealing with stardust. The material of which our earth and planets are built. Stardust; the substance that forms the basis of our life on earth. And ... it lies for the taking. Use it well and you will prosper.