From The Portugal News Online.

Respected professor and researcher Filipe Duarte Santos this week forecast that, because of the advancing of the deserts in northern Africa, Portugal’s climate is becoming more and more like that of Morocco, Algeria or Tunisia.
His comments were made just days before Portugal was enshrouded by a mass of sticky warm air travelling upwards from south of the Canary Islands, pushing thermometers up by a good few degrees on Thursday and Friday. 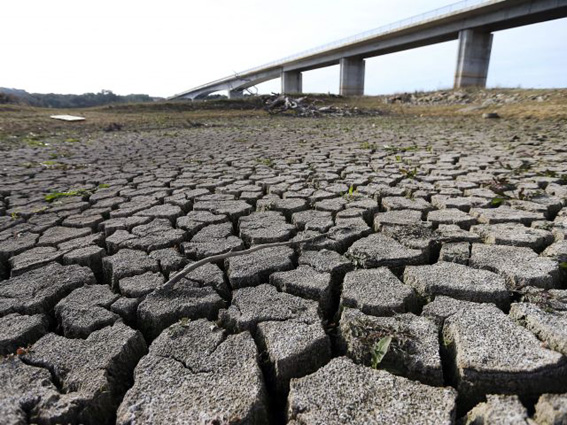 Duarte Santos, a professor at the Lisbon University of Sciences and head of the National Environmental Council, was speaking at a round-table event in Évora on Wednesday, on adaptation to climate change. The gathering was held as part of a National Meeting of Water and Sanitation Entities (ENEG 2017), which brought together hundreds of specialists on water.

The expert stressed how the changing climate could have a bearing on the country’s water sector, stressing: “Climate change can be seen in the broadening of the tropical climate zone; the desert is being pushed north. It is essential in the water sector to take this climate change into account.”
Expanding on his comments, he added that as "Portugal is 'an aged country', it is not easy for people to accept that this country is altering and that the climate changes”.
The leading researcher, who spearheaded one of Portugal’s foremost climate change projects – the Scenarios, Impacts and Adaptation Measures (SIAM) project – further warned that the country’s irrigation systems in the medium and long-term may not be feasible.
One suggestion he put forward is to transfer cork oaks trees to the north of the country.
“Science shows that cork oak forests will not survive”, he said, explaining that it will not be diseases that kill them off, but a lack of water, which will extinguish the trees in the Alentejo.
To maintain cork production, he said, “It would be practical to help the species settle in higher altitudes and move them north”, even if to the locations that this year were affected by the fires.

The mayor and the minister are waiting.

Carlos Pinto de Sá, Mayor of Évora Council, the Alentejo’s largest city, said he would prefer to take a “global view” on the matter, stating that when faced with a “planetary and structural problem, the responses have to be planetary and structural because they are not solved at a local or national level”, though he added: "this does not mean that local authorities cannot play a role in solving problems".
Meanwhile, Portugal’s environment minister, João Pedro Matos Fernandes, said at that same meeting that the possibility of having to ration water in Portugal due to the present state of drought is no more than “a theoretical hypothesis”. He argued that it makes no sense to think about such measures at this point, because they should be "only a last resort".
The minister was responding to questions from journalists prompted by comments from his own secretary of state, Carlos Martins, in an interview with the newspaper ‘i’ published on Tuesday, in which the state secretary suggested the government could introduce water rationing at night.
In a nutshell, Minster Fernandes effectively dismissed that idea.

“Rationing measures are at the very end of the end of the line, and it makes no sense to think of them now,” he said, adding: “We’re doing all [we can] so that there are no water shortages, together with local authorities, and it is fundamental that people save water.”
The government has instead repeatedly called on people to use less water, and has said it is committed to ensuring that it will always be available. Nonetheless, on Thursday, Minister Fernandes did concede the price of water may go up due to the shortage.

Portugal has been in a state of moderate to extreme drought for weeks.

Just last week it transpired the rain that fell during the first half of November was less than a quarter of the usual average.
Between 1 and 15 November, just 24 percent of the usual measurements fell in Portugal and the Met office forecast that the state of drought would endure at least until the end of this month.
However, with rainfall, in places heavy, expected to fall throughout Portugal over the weekend and the start of the coming week, it remains to be seen whether it will be enough to provide some relief from the drought-stricken country, and whether it will answer the Met Office’s prayers for a “November miracle.”

Link to the original.