Hendrik prefers not to compost hay and herbs during the summer. In the summer he finds it too hot and too dry for composting. The process is difficult to control at an ambient temperature of 35ºC or 40ºC, and a big bag of hay is scalded dry rather quick. He also does not have to compost trough the whole year. We now have enough compost for the garden, so this makes it easy. 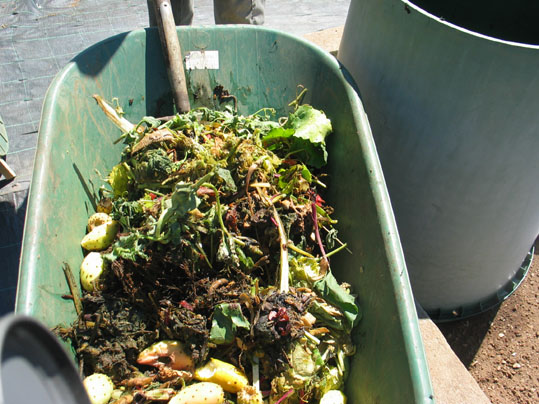 In winter Hendrik composts the garden and kitchen waste along with the hay. But for the summer he needs to find another solution. First this went easy, because the pigs of our neighbors received it gratefully. But when they became too enthusiastic, broke out and came to pick it up on our side of the fence, we stopped feeding them.
Hendrik has tried several solutions to compost the garden and kitchen waste. From simply leave it on a pile, to shred it and compost it separately in a closed vessel, and everything that is in between. It all ended up in a mess, a fly infestation and especially in a huge amount of leachate: 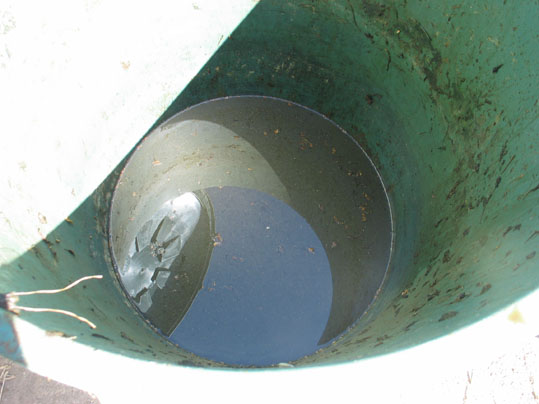 To collect the leachate, you can obviously think of a grid. But then you are still left with the flies and the bad smell. Because anything that does not smell like perfume we find it smell bad, is not it? :)

Therefore Hendrik figured out something else. A barrel, that he used for the composting of grasses, he put upside down and cut out the bottom. On this bottom he screwed slats so that it can serve as a lid. With the original lid on top, in order to prevent leaking in rain water, it has become a great 'garden and vegetable waste composting bin'. We found a corner of the garden for it, where the leachate can leak out and may be useful. Thus, the barrel will move to another place in the garden on time... is the plan: 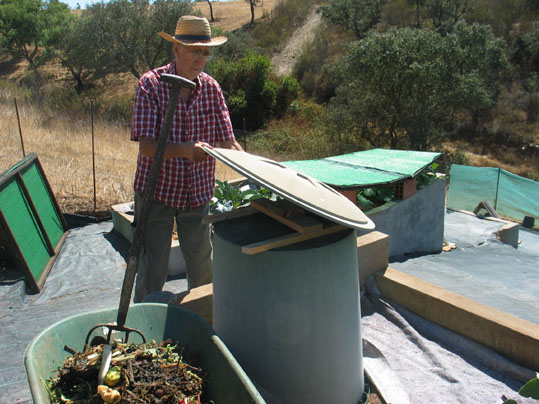 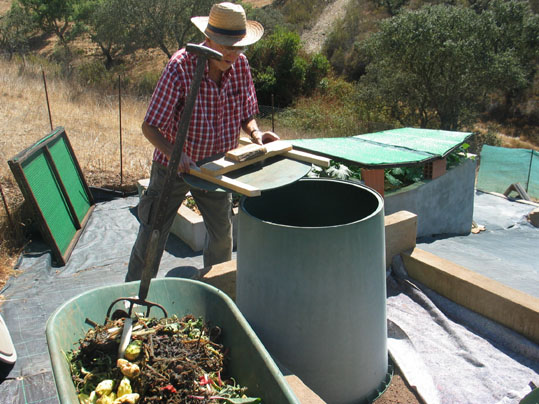 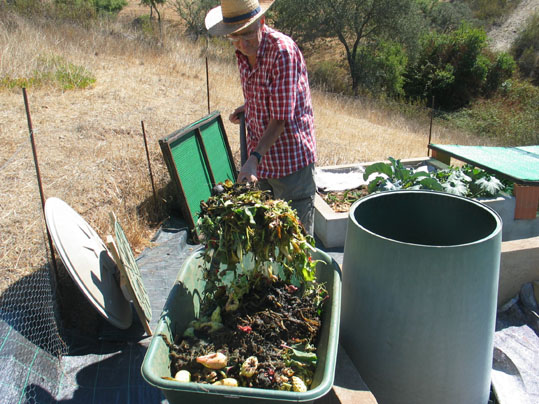 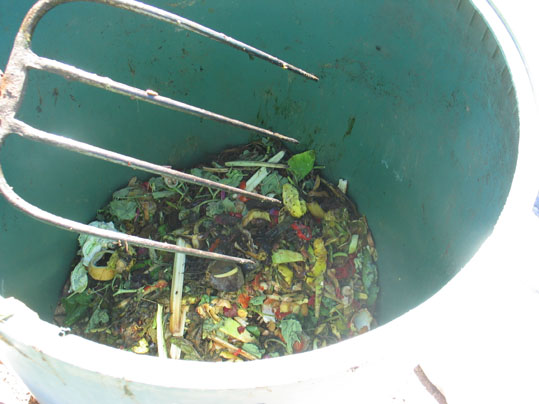 And yet things can always be made better... Kitchen and garden waste always attracts flies and flies make maggots. The maggots can be found on the edge of the bin just under the lid. In order to prevent the waste attracting flies Hendrik has put a plastic cloth. And it helps. 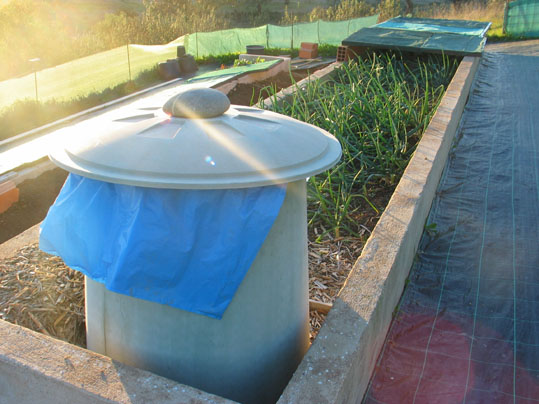 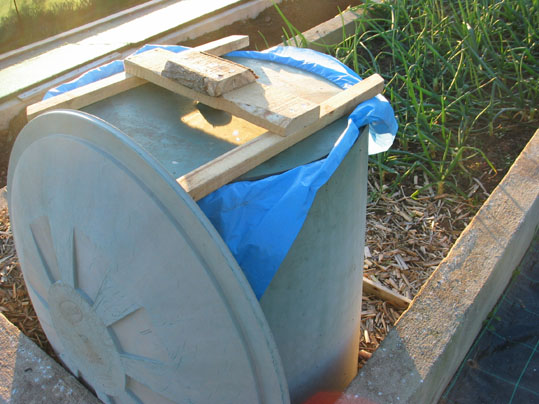 Time to clean up.

In the course of time, we want to use this part of the garden again for the cultivation of vegetables. It is now time to put the barril in another place, which can be done easily.
We waited a week or two until the top layer of green-waste had scrunch and dropped. In those weeks we dried the fresh green-waste in another place. Here this can be done easily also, in summer.